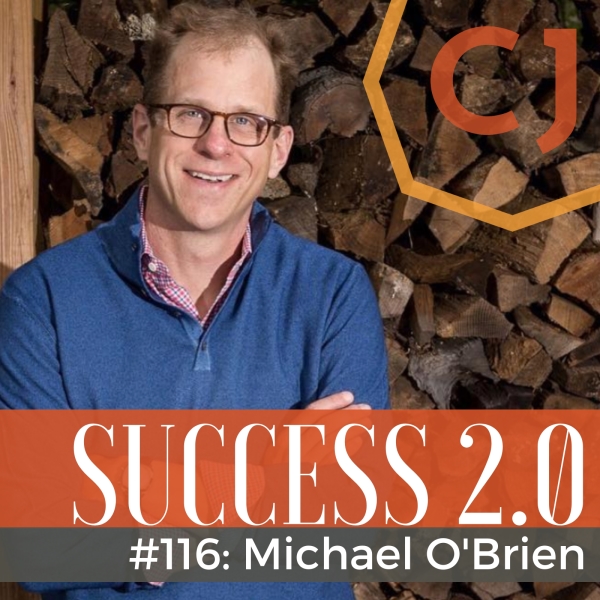 Michael O’Brien (@RoadieOB) is former pharmaceuticals executive turned leadership consultant and the author of SHIFT: Creating Better Tomorrows. After recovering from a horrific cycling accident involving a speeding SUV and coming within minutes of death, Michael shares with us the process he’s gone through to give his life true meaning.

What We Discuss with Michael O’Brien:

Like this show? Please leave us a review here — even one sentence helps! Consider leaving your Twitter handle so we can thank you personally!

Please Scroll Down for Full Show Notes and Featured Resources!

The Two Rule Foundation helps inspire professionals to live gratefully and commit more of their resources to help those in need. The foundation can help you determine who you should give your money to and how.

More About the Show

Michael was in New Mexico for a big company meeting that would last several days.

He had it all planned out. Instead of resorting to the lack-luster hotel gym, he’d bring his bike, and cross a state off his cycling checklist.

It was July 11, 2001, and Michael discovered a two-mile loop originated at the hotel that he could ride before the day’s meetings began.

Three laps went smooth as planned. Michael was enjoying the sunshine and dry roads. On his fourth lap, as he rounded a bend in the road, an SUV going the opposite direction crossed over into his path, hitting Michael head on at 40 mph–himself going around 20 mph.

In an instant, his life would forever change.

As the SUV made contact with Michael’s body, his momentum hurled him over the hood and face-first into the windshield, then coming down in a thud, while sliding several feet on the asphalt.

The accident shattered the bones in face, snapped his scapula, cracked ribs, broke his arms and wrists, and shattered his left femur. As he was being medevaced to the nearest hospital for emergency surgery, he learn he’d severed his femoral artery and was bleeding out.

He was given 34 units of blood, and spent dozens of hours in surgeries to mend his broken everything.

​“The doctors told my wife… if I was 10 years older or not in good shape, I would have certainly passed around before he’d gotten to the hospital.” O’Brien recounts.​

If you enjoyed this show with management change leader Michael O’Brien, let him know by clicking on the links below and sending him a quick shout out on LinkedIn, Twitter, Facebook, or Instagram.

Click here to let CJ know about your number one takeaway from this episode!If you’d like to ask a question with a chance of having me answer it on the show, please leave me a voicemail by clicking below:

This is a great way to cross-promote your blog or website because if I use your question on the show, I will link to it in the show notes!​

Mentioned in This Episode: 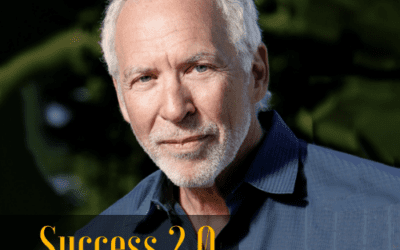 (Download Episode Here) (Subscribe to the Podcast Here) (Connect with CJ) Peter Block is an author, consultant and citizen of Cincinnati, Ohio. His work is about chosen accountability, and the reconciliation of community. Peter challenges us to get back to the basics... 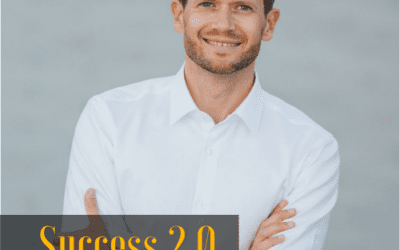 Chasing the Dream with Jan Broders

(Download Episode Here) (Subscribe to the Podcast Here) (Connect with CJ) Jan Broders went from fast-tracked success in the hospitality industry, to extreme burnout at the age of 27, requiring months of clinical rehabilitation. He then took a journey in exploration of... 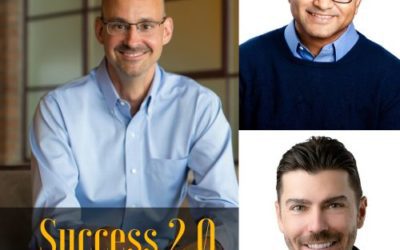 (Download Episode Here) (Subscribe to the Podcast Here) (Connect with CJ) Fear and uncertainty have been undermining performance and well-being in the workplace for as long as we have had workplaces. Gaurav Bhatnagar and Mark Minukas show you how to reframe your ― and...