Recently, someone asked my opinion on one of the divisive issues being debated on the news and social media.

My response caught them off guard – “I don’t know enough about the topic to have an educated opinion.”Long ago (after getting into many arguments where I sounded like an idiot), I decided not to have an opinion unless I’d researched an issue from multiple viewpoints.It soon became clear that I didn’t have the interest (or discipline) to learn about more than a handful of subjects.As a result, I often choose to sit on the sideline and listen as people staunchly defend their point of view.I challenge you to consider that approach before trying to dig in and “win” an argument.

P.S. Fear and uncertainty have been undermining performance and well-being in the workplace for as long as we have had workplaces. I talked with Gaurav Bhatnagar and Mark Minukas on how we can reframe our fear and anxiety to create a learning culture of engaged workers at the top of their game. Listen to Unfear on Success 2.0. 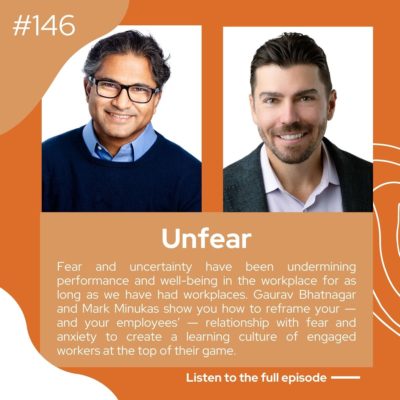 Photo by Alex Padurariu on Unsplash